The Fog Match was the O&C Cross Country Match and was about the only sporting event in the London area on that day which, considering the nature of the event, is perhaps surprising. Visibility was rarely more than 25 yards and frequently down to less than ten. The race was organised by Thames Hare and Hounds (and still is, I believe) who had foreseen such a possibility and made plans to cope many years previously. Members who all knew Wimbledon Common intimately and where the race took place, stationed themselves at intervals around the course and shouted “Oxford and Cambridge” and blew whistles until all sixteen runners had passed. It was a triumph of organisation.

The pea soup fog of 1952 was one of the worst ever. The Smithfield cattle show was being held at the same time and beasts worth thousands of pounds each, died like flies in the polluted air as indeed did hundreds of (possibly less valuable?) old age pensioners! As a result of all this the government began to take air pollution seriously and fogs like that happily no longer occur. I spent the next two nights coughing continuously and found my pillow covered in black detritus the next morning but, as far as I know, none of us came to any harm. Sadly, Oxford won by a substantial margin. 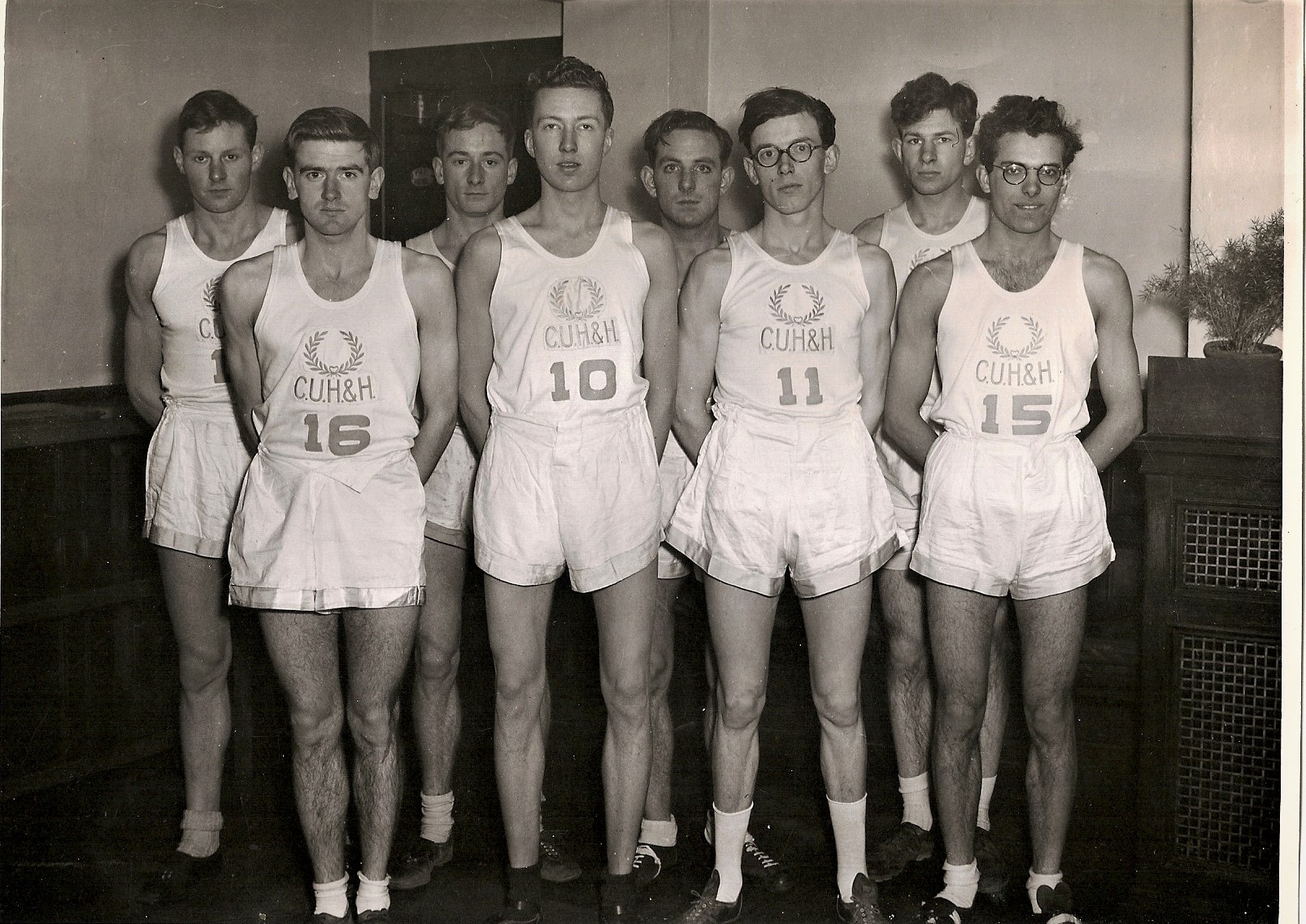 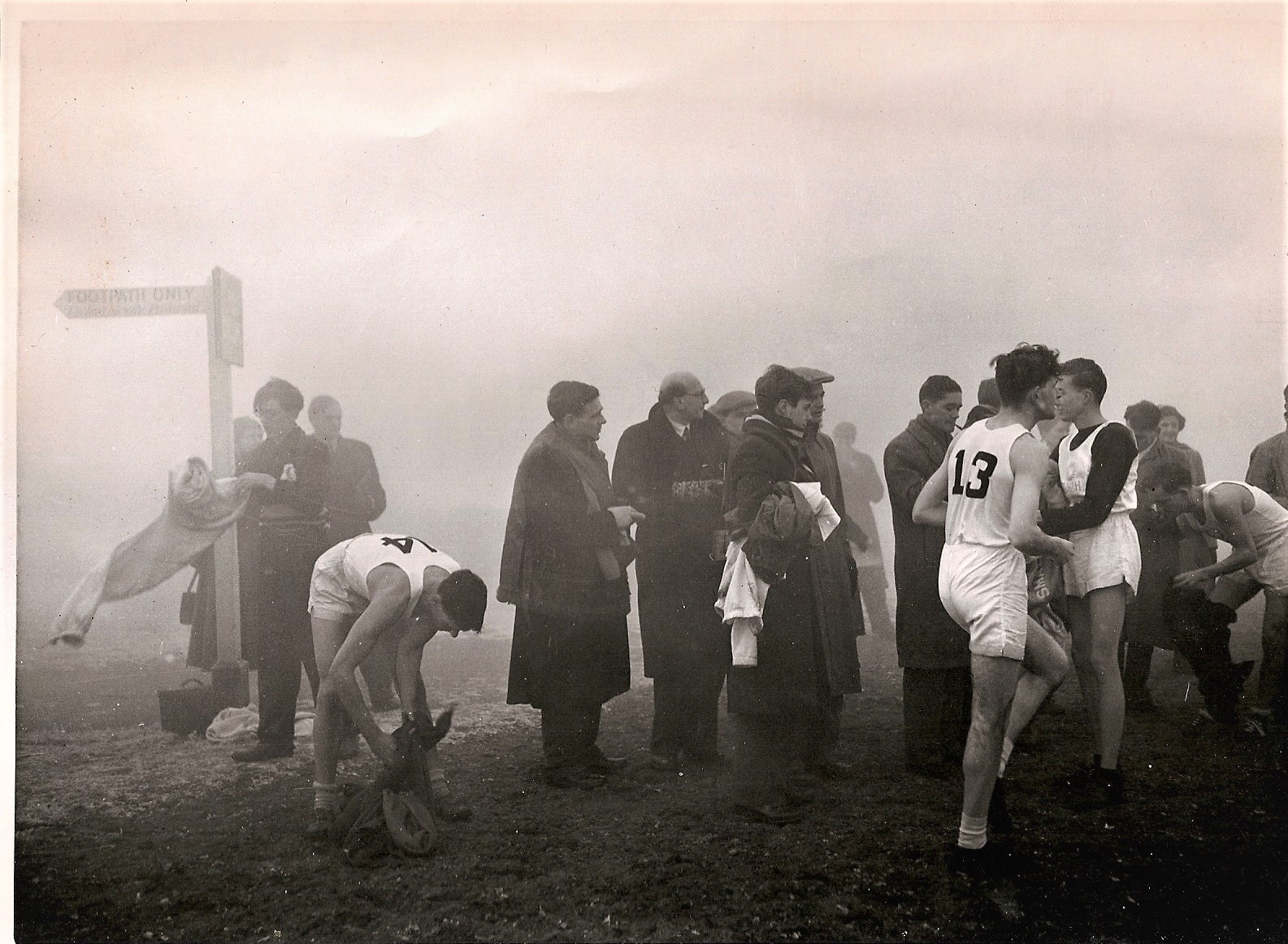 This photograph is just before the start. Identifiable are myself, just by the signpost; the bald fellow in the middle is Harold Abrahams (Chariots of Fire). Number 13 is Willie Jones and just beside him John Best.

I was invited to join the Hawks’ Club at the beginning of my second year having got my Blue in my second term – February 1952. My first distinction was to become captain of the University second team (in my day known as the Spartans) at the end of my first term for our match against the Oxford Tortoises. In my second term, my Blue followed for 3 miles. My participation in the “fog race” led to my Half-Blue for Cross Country and I Captained the Cross Country team in 1953/4.

The Hawks’ Club has many fond memories for me. Meeting such nice people, all taking part in different activities – not just athletics. Many of my contemporaries became men of great distinction in later life.

Further resources to find out more about the Fog Match can be found below!