The Trust was established in January 1996 with a relatively small endowment, donated by some of the Members to provide grants to current Cambridge University students, male and female, whose sporting activities were being inhibited by financial constraints.

A very generous bequest from David Jennens (Clare, CUBC, 1947-51) increased dramatically the size of the endowment capital in 2003, and the fund now has investments of just under £1 million, which are managed by Sarasin & Partners and Newton Investment Management, enabling annual disbursements of around £30,000 (with the capital being conserved for the growth of the fund).

The Trust’s objects are:
“a) to advance the education of students of the University of Cambridge, including their physical education and development;

The Trust’s charitable objects are wide enough to allow it to raise funds to make grants to existing Resident Members of both the Hawks’ and The Ospreys’ Clubs; to support the upkeep of and develop the Clubhouse, as long as the purpose of this support is to benefit the existing student members of the Hawks’ and The Ospreys’ Club; and to allow it to support other sports clubs in the University.

The Trustees exercise their discretion over all donations and ensure that the purposes for which they make grants and awards have an overall charitable purpose.

Find more about them here. 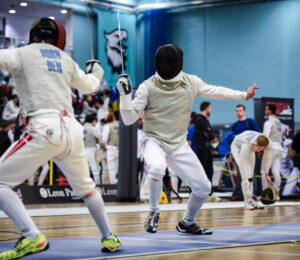 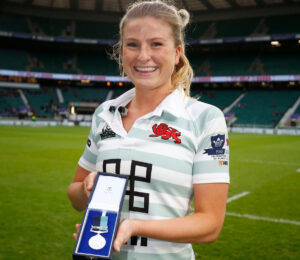 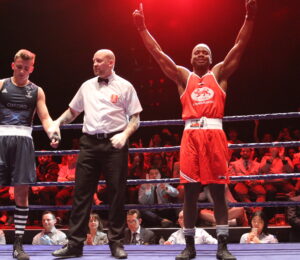 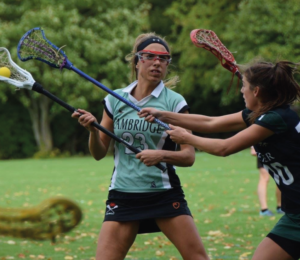 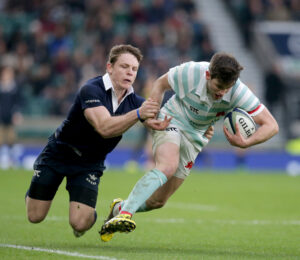 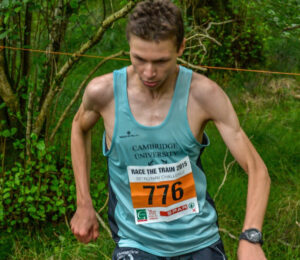 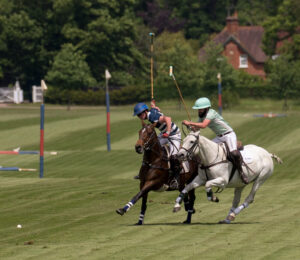 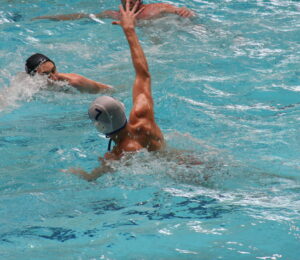 CUSWPC, Fitzwilliam, 2018-21
The Captain in Action

The Trustees’ policy on awards to individual athletes currently is to provide a larger number of modest awards rather than a very limited number of larger sums. Applications have to be endorsed by a University Senior Member to confirm financial need; grants are normally only awarded in sports of Blue or Half-blue status, taking into account if need is equal, the level of sporting excellence and the academic level.

Applications are then assessed by the Trustees using a ranking process to categorise the applicants according to attainment. The rankings are then used to decide how the bursary funds are distributed. The ranking scale and definitions are tabulated below.

The Trustees exercise their discretion in the application of these criteria.

The Trust has also agreed to provide additional support for the University of Cambridge Athlete Performance Programme (UCAPP) for outstanding athletes of international and national potential and for teams that have the potential to perform at senior national competition level.

University of Cambridge students who are nationally ranked or who represent their country on the international stage could be eligible for support through the programme which provides:

It is proposed that students accepted on to the UCAPP scheme, could apply to the Hawks’ Charitable Trust for additional financial support for specific competition needs; for example, to fund competing at international events. Before individual students can apply to HCT, they will need to be accepted onto the UCAPP scheme by CU Sport where a personal development plan will be agreed upon.

CU Sport currently provides clubs with access to training and conditioning facilities and, in some cases, specialist coaching. In addition, there is an aspiration to work with specific teams to help them compete at a higher level. It is proposed that the HCT support could be provided to proposals for specific performance improvement proposals from CU sports clubs. HCT will consider applications to make a contribution to the professional coaching to support required to compete in senior national competitions. For team/club applicants, a performance improvement plan must have been developed in consultation with CU Sport.

On receipt of an application, HCT will assess its merit and either reject it or make an offer. Applications can be received at any time in the academic year.

Over the last 3 years, awards have totalled £91,500, given to 430 sports men and women, in proportion to the number of applications received (60% men, 40% women). Typically, the awards cover over 30 different sports and 40 Colleges. Some 60% of the awards go to undergraduates of whom 95% achieve 2:1 or better in their exams. The 40% who are post-graduates typically reflect the split between under and postgraduates in the University as a whole.

Applications are normally submitted by 14th February (Valentine’s Day) and advertised to all colleges and sports clubs. However, in 2021, the application deadline will be 30th April 2021. The Trustees will make their decisions before the end of Easter Term. Each year the awards are announced in the University Reporter and a reception is arranged at the Hawks’ Clubhouse at which the Awards are made.

The future? There is little doubt of the value of these Awards to the individuals who receive them, nor, to judge from the number of excellent applications, the fact that they are necessary in the current student financial climate.

The Hawks’ Charitable Trust is now the largest charity in the University to provide help to sportsmen and women and the Trustees are convinced that the combination of ongoing prudent investment management and the increasing generosity of Hawks and Osprey alumni/ae will allow the total level of the Awards to be increased steadily over the years.

Certainly, this is the aim: the success of those to whom Awards have been given is evidenced by their names featured in Summer and Winter Olympics, World and European Championships, and Commonwealth Games, as well as myriad international and national competitions across the sporting world.

In addition to its current activities, the Trust can facilitate the transfer of funds should any Hawk have a particular project, within the charitable objectives, that he wishes to endow.

Grants to the Hawks’, Ospreys’  and other University sports clubs

Where alumni/ae wish to earmark their donations for specific purposes, the Trustees will as far as possible honour the terms of the gift. A number of Hawks’ alumni have elected to make donations for the benefit of the Club through the medium of the Hawks’ Charitable Trust. The Trustees consider these requests on a quarterly basis and satisfy themselves that the Club’s activities include sufficient charitable activities to warrant the earmarked grant. Similarly, alumni/ae may choose to donate to a particular sports club in the University and the Trustees will pass these funds on as falling under their broad objective to support the physical education and development of students at the University of Cambridge.

Donating to the Trust

Members of the Club or others who would like to learn more about the policies of The Charitable Trust, or would like to contribute a sum, large or small, via gift or legacy, to the endowment should contact Andrew Muston, Secretary of the Trustees.

Appropriate links for providing donations are available on the donations and legacies pages.

It is certainly a very worthwhile cause and because it is a registered charity (No. 1052904), the Chancellor of the Exchequer adds to every donation made by Gift Aid and subtracts legacies from estates before inheritance tax.

The Hawks’ Committee is asking alumni Hawks to consider making a regular contribution to the Club to support the running of the Club and its Clubhouse. Please follow the Donate link below for instructions on how to donate.