Annual London Dinner at The Savoy

We're sorry, but all tickets sales have ended because the event is expired.

Put the 8th December 2021 in the diary for the Hawks’ Club Annual London Dinner at The Savoy!

Our Guest of Honour, Dominic Reid OBE read Architecture at Downing College, Cambridge and rowed for Goldie and DCBC, stroking them to the semi-finals of the Visitors Cup and the Head of the River respectively. He is currently the CEO of the Invictus Games Foundation having been responsible for the operational delivery of the inaugural Invictus Games in London in 2014. He was an army officer and architect and has been the Pageantmaster of the Lord Mayor’s Show since 1992. He was also formerly executive director of the Oxford and Cambridge Boat Race and director of the Royal Society’s 350th Anniversary Programme.

Our Chairman this year, Ian Hodgson (Downing 1979-83) read History and Law. He represented the university at cricket, squash and tennis gaining three Blues at each of cricket and squash. He toured South Africa twice and Hong Kong and Australia once with the Combined Oxford & Cambridge cricket team. His whole working life was spent as a corporate and finance solicitor at Slaughter and May in London and Hong Kong. Since retiring over eight years ago he has assumed numerous trusteeships and other positions of responsibility in the education and sports sectors. Among the latter, he is currently Chairman of Denham Golf Club and Bucks County Cricket Club and was for 14 years on the MCC Real Tennis and Squash Committee. He is also a member of the All England Lawn Tennis and Croquet Club.

We are restricted to 180 places this year in The Savoy’s sumptuous surroundings and we urge you to contact your fellow Hawks and make up tables as quickly as possible to avoid missing out.

For a brief history of the London Dinner, please click here. 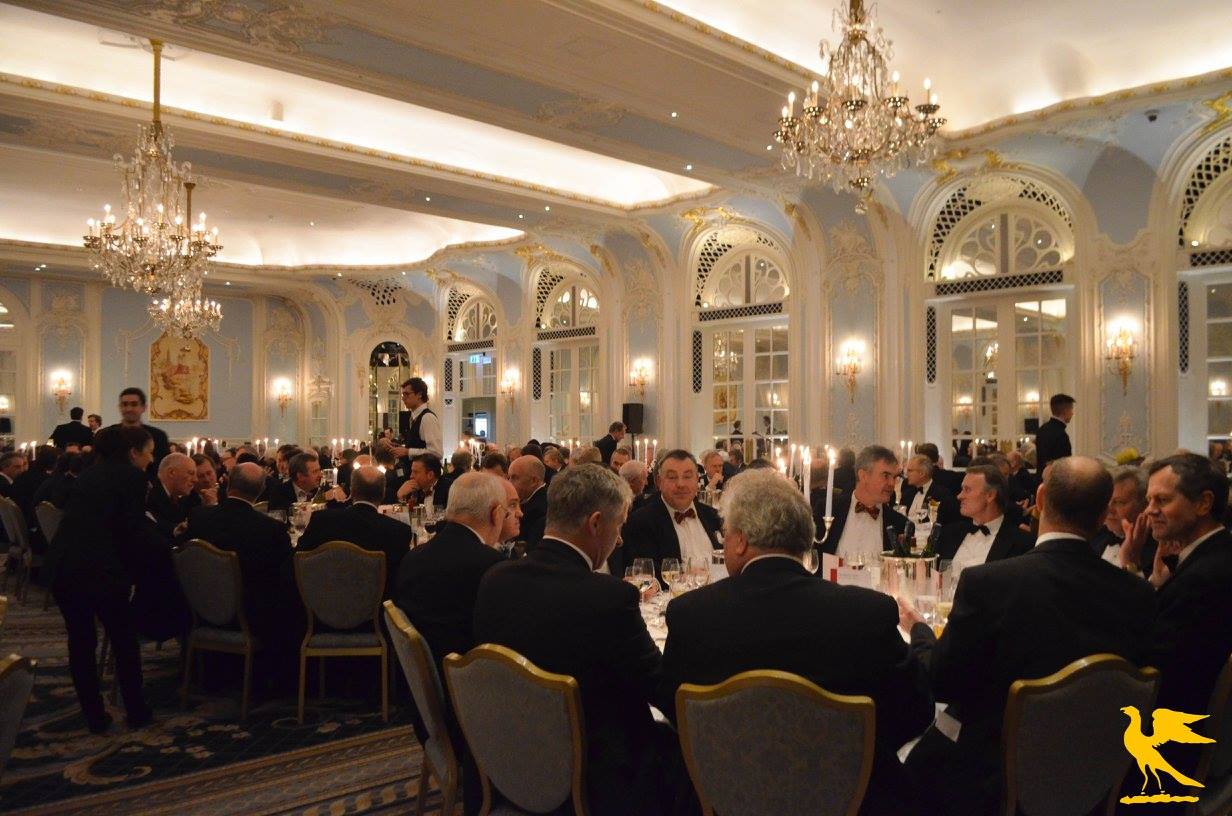