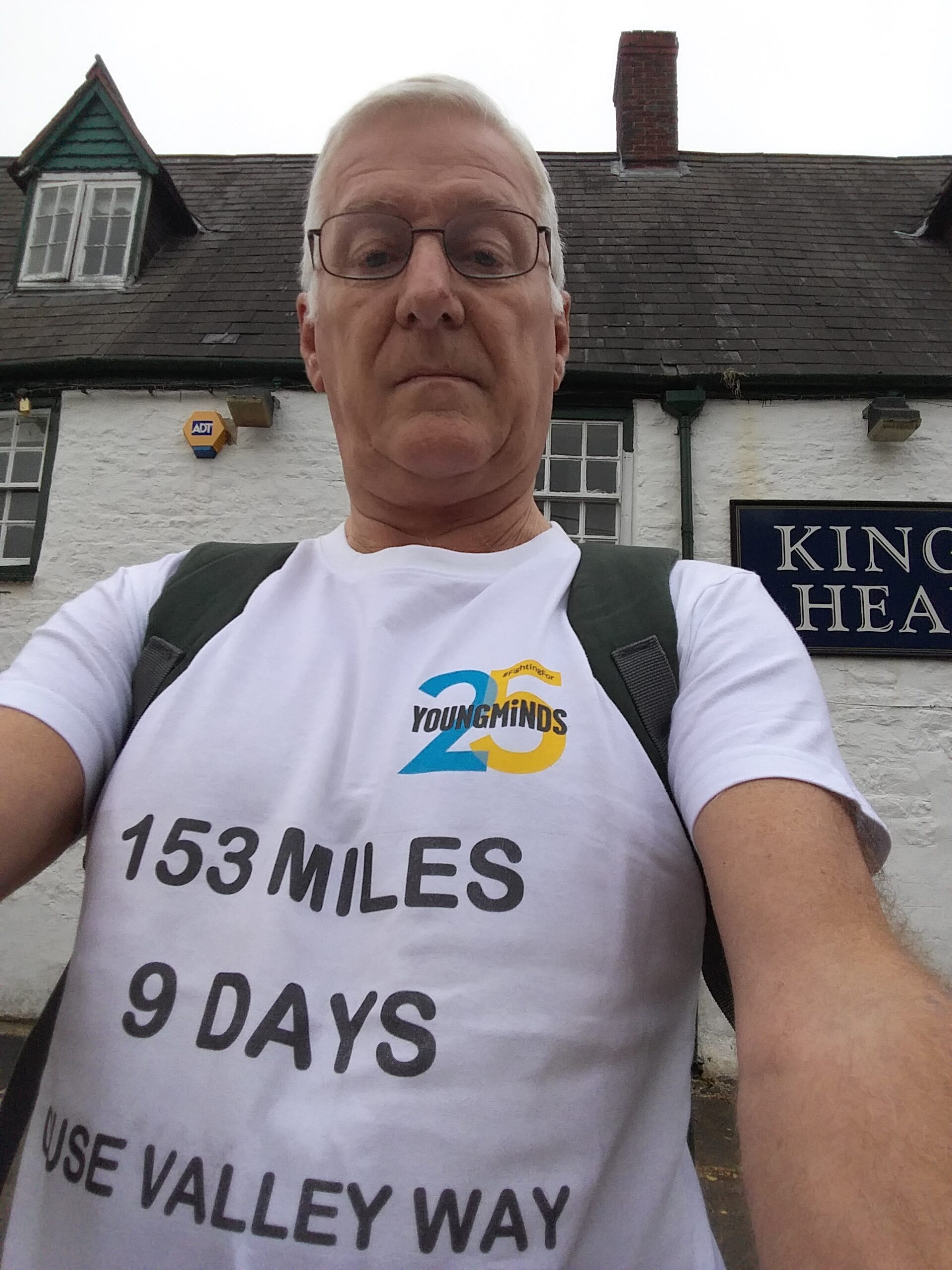 Bob on his latest ‘sporting endeavour’, walking – since his running days are way long gone (so he says) – at the start of his Walk of the Ouse Valley Way. Bob claims that he isn’t good at selfies (we disagree!), and this was early in the morning at the King’s Head in Syresham, West of Buckingham, the source of the Great Ouse, the fourth-longest river in England, at 153 miles, which Bob walked in 9 days, averaging 17 miles a day. Bob was raising money for Young Minds. This was in 2018, two years after Bob retired after a career in Bedford School.

Captain of CUSC 1970, Queen’s 100 at Bisley (1972?), British Modern Pentathlon Championships where I shot a maximum on the pistol range, and was breathalysed! (as students, we had no idea that the stiff competition were dosing up on alcohol before the shooting, to relax, and coffee before the fencing to hype up).

The Leys School pool – where I spent too much of my time. It was next to the Engineering Department, so was easy to pop in at lunchtime daily for an informal water-polo session, and then later for a swimming session.

Strangely, I had no desire to join the Hawks’ Club as a student. It seemed to represent the ‘Gung Ho’ Rugby players and oarsmen of the time, who seemed a world away from us swimmers, with heads down ploughing up and down the pool. However, as my career developed, I began to realise what a great institution the Hawks’ Club is, and joined as my own retirement present in 2016, nominated/seconded by several past Presidents (ex-Bedford School sportsmen) and an Olympic Hockey player, once my Head Master. At my first invitation visit, it was lovely to meet some of those who I hadn’t remembered from years ago at Bedford School (where I taught), and was made to feel very welcome. I still try to pop in whenever I am over from Bedford.

The Modern Pentathlon British Championships. In those days it was held over three days, I think, so you got to know the other competitors, eating and drinking with them between events. The Fencing was ‘one-hit’ epee, so even a novice could (and I did) take a hit on a much more skilful fencer by doing the unexpected. The horses were brought from Army and Police stables – much bigger than I had been used to, and needed a bit of handling! It was the first time I had been breathalysed, after scoring a possible on the pistol range. Overall, I didn’t do very well, but it was great just to take part.