It is with great sadness that we note the death of His Royal Highness The Prince Philip, Duke of Edinburgh, Honorary Hawk and an enthusiastic and talented polo player (handicap +5 goals).

Our thoughts are with The Royal Family and the Duke’s friends.

The Honorary Secretary of the London Dinner Committee would send loyal greetings from the Chairman on the occasion of the Club’s Annual Dinner to various members of the Royal Family, including the Queen and Prince Philip.

The greetings used to be by telegram and then in 1980 changed to letter form, and were on the following lines: “As Chairman of the Hawks’ Club, Cambridge, on the occasion of the Club’s Annual Dinner to be held at the Savoy Hotel on Monday 6th December, I am writing on behalf of the members to send to your Royal Highness as a fellow member our loyal greetings.”

A reply would be received from Prince Philip’s Office: “The Duke of Edinburgh would like to thank all members of the Hawks’ Club for their kind message. His Royal Highness hopes that you all have a most enjoyable evening at the Savoy.”

The telegrams used to be read out at the Dinner by the Chairman.

Prince Phillip was invited to open the Clubhouse by John, Lord Butterfield. They already knew each other since John had been Vice-Chancellor when Prince Phillip was Chancellor. The date was fixed for the 30th of October 1992. The visit was on a tight schedule, lasting from 11.50 to 12.30.

At the appropriate time, Prince Phillip was escorted to the Clubhouse by James Crowden, Lord Lieutenant of the County, resplendent in his dress uniform. James was himself a Hawk (Pembroke, CUBC, 1949-1952) and a photograph of him as a student shaking the hand of the late King George VI hangs in the Clubhouse.

The Prince then cut the ribbon in front of the door, and John Butterfield then gave him a tour of the building, which had already been pre-populated by the staff, and several residents and alumni.

Photos show him talking to the Chef, Scott Martin, the Steward, Martin Blackaller, and to many of the residents. He spoke to Candace Van Alen, who was standing next to the photo of her husband, James, Isobel Lattimore, who had been responsible for the interior décor, and to the then President of the Ospreys. Of the various alumni members present, there was Anthony Bevan, Bob Barber, and Sir Arthur Marshall, among others. Coming to the end of his tour, the President, Jonno Arscott, presented him with a Hawks’ tie.

He then left the building and was escorted off the premises by the Lord Lieutenant.

Below pictures 2-4 show Prince Philip opening the Clubhouse after it was restored in 1992, with then President Jonathan Arscott gifting him the Hawks’ tie with Lord Butterfield in the background in the last photograph.

John Pritchard (Hawks’ Club President ‘84, Robinson, CUBC, 1983-86): “I met him a few times in the mid-’80s and he sent me a congrats telegram when we won the Boat Race in 1986 – the only win in 17 years. Interestingly, the address read “from HRH The Prince Philip, Windsor Castle, Windsor”. I like the idea that I might have confused it with another Windsor castle…”

Jonathan Dickins (Corpus Christi, CURUFC, 1971-74): “I shook Prince Philip’s hand at Twickenham before the 1972 Varsity Match and do not recall anything untoward, though I do vaguely recall being told not to get stuck into Her Majesty in the handshaking ritual… Some of the pack were ready to tear lumps out of the opposition and were a bit overwrought. A word of restraint was a good move… She very sensibly wore brown gloves; I wore no gloves at all; didn’t even carry any.” 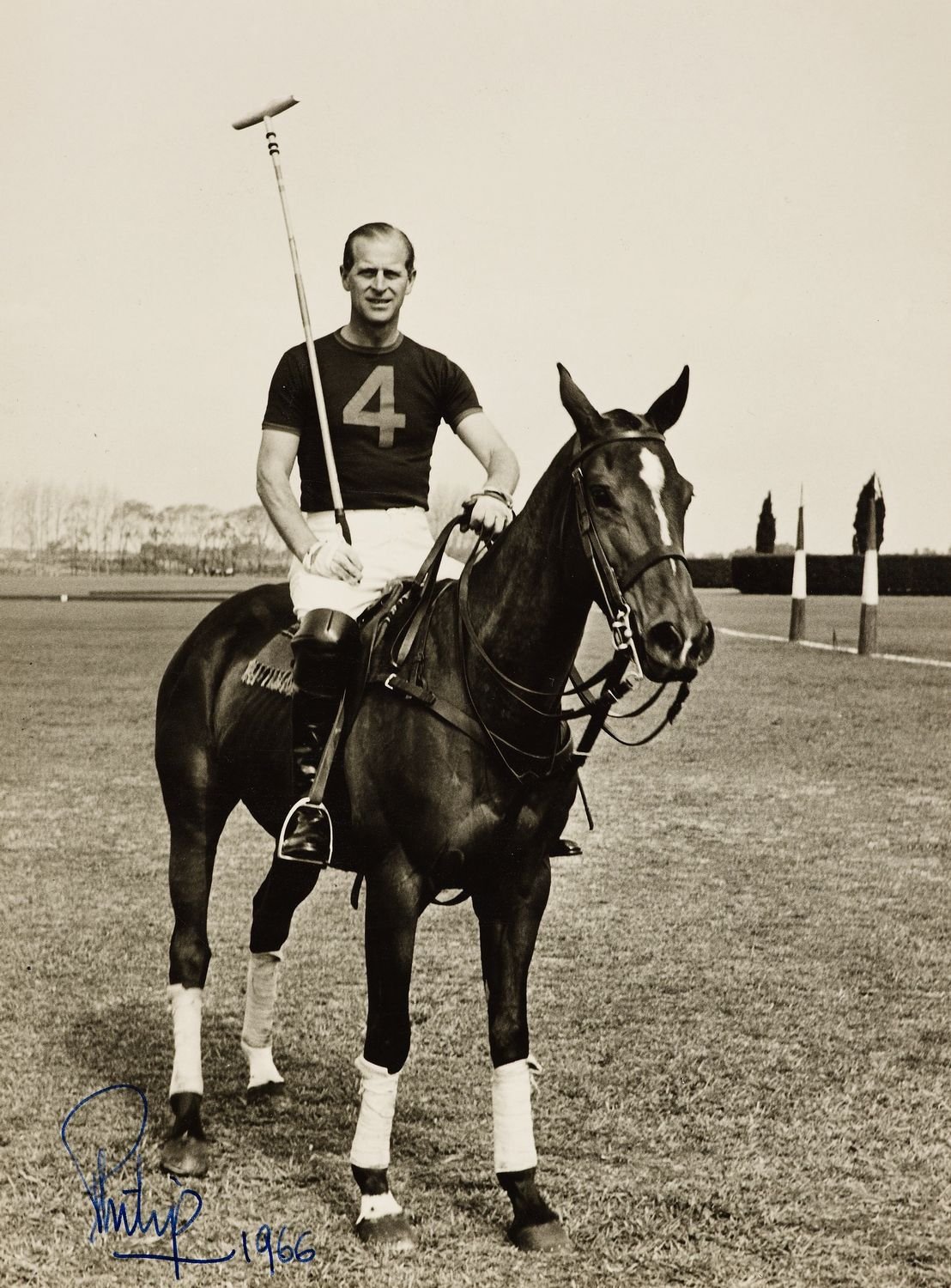