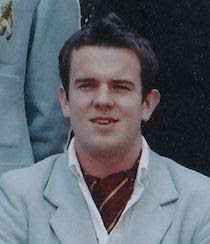 Winning the East Premier Hockey League in 2004 with the boys. Sadly didn’t go on to romp the VM. Hong Kong 7s pitch invasion without being caught.

Too many. And few that are printable. But what stands out most was the easy camaraderie the Club House engendered across a range of sports and characters. A golden time.

Hawks Committee Dinners, ….the aftermath of Hawks Committee dinners. Burgers and beers in the bar after a game, during a lecture, before Rumboogie. 25 heads.

Fitz vs Catz Rugby Cuppers semi-final. Losing in sudden death extra time, after a hospitalisation and extra time failed to produce a winner. All on my 21st birthday which I shared with a best mate. Without time for a shower we all jumped in a stretch limo (class) with ten other blokes and went to Oxford for the boxing VM. It was hard and bitter work chewing through the beers that night. But the light blues prevailed. GDBO.